It's been a busy and short week.  I realize I haven't posted since last Friday Finishes.  I hope everyone enjoyed the 4th.  I did if for no other reason than I took time off to spend some quality outdoor time in the beautiful weather. 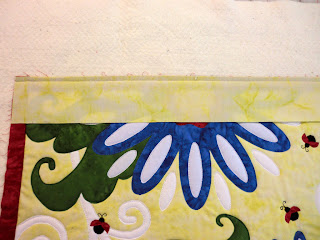 When last I posted, the "Ladybug" table runner was quilted and ready to be finished.  The outer borders will now be put on.  They are being put on after the quilting so that I don't have to quilt them other than the seam line which will be sewn through all three layers.  This method is used so I can keep the quilting amount equal without having to actually quilt in the border itself.  I begin by placing the one outer border rights sides together with the red inner border.  Sew the usual 1/4" seam allowance. 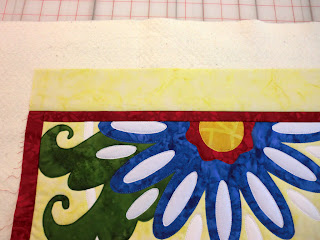 Press seam to outside. 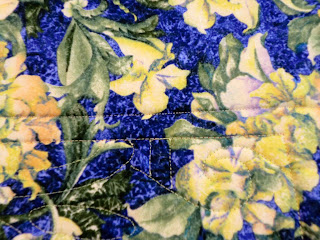 Here is the seam quilted through to the back.  The remaining borders were added in the same manner. 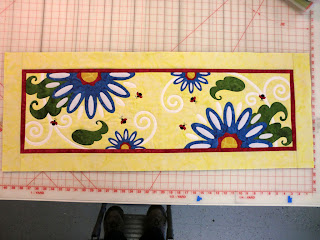 Now is the time to add the binding and I am auditioning a few different colors.

Here is the same red as used for the inner border. 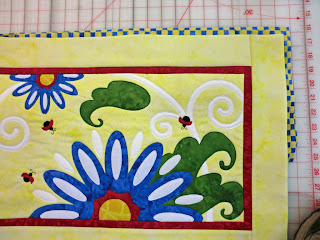 This is a batik from my stash whose colors match the background and flowers.  I really like the texture on this so this is it.  Remember, there is no right or wrong, just what you like. 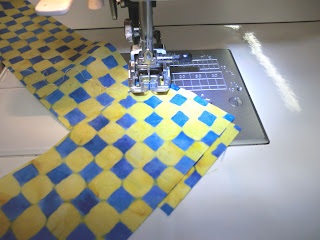 Three strips were cut at 2 1/4".  This is my preferred binding width.  I join the strips in the following manner.  The first strip is laid right side up horizontal on the sewing table.  The second strip is laid at a right angle with wrong side down.  Sew on the diagonal.  Mark diagonal line as needed. 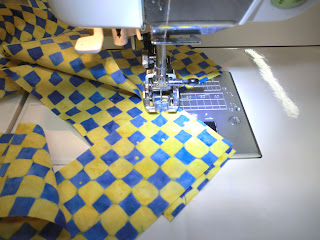 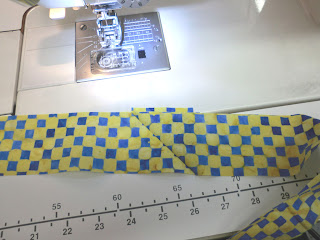 Because I eye the diagonal line, I check the seam to make sure it lies correctly before I trim it. 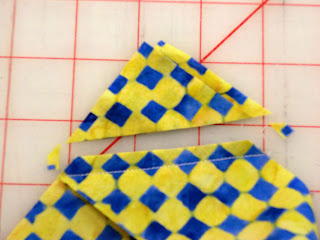 Using scissors , I trim to approximately 1/4" and clip and the dog ears. 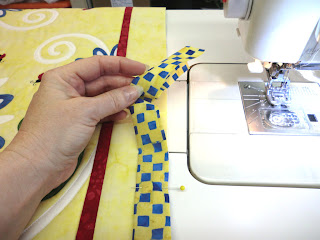 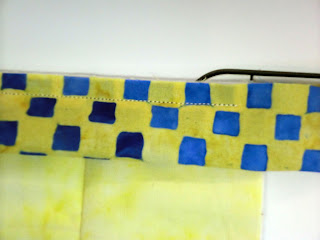 For corners, stop sewing 1/4" from the end, backstitch, and end sewing. 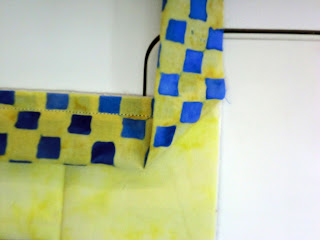 Fold binding at 45 degree angle as above. 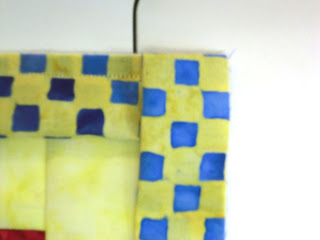 Keeping the angle, fold the binding back down and begin sewing from edge. 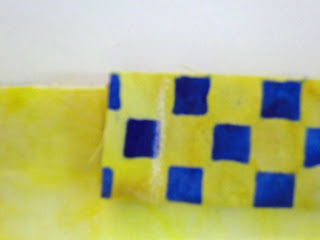 As you turn the fourth corner, sew the binding toward the binding's beginning until you get approximately 12" from the seam line.  Backstitch and end stitching.  The two ends will now be joined with a diagonal seam.  I begin by making a line on the tail left at the binding beginning about 1/4" in from the end. 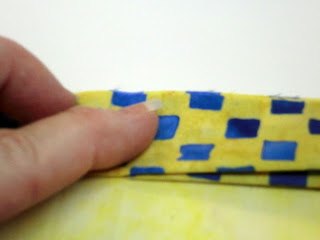 Lay the binding ending tail over the chalk mark and finger press. 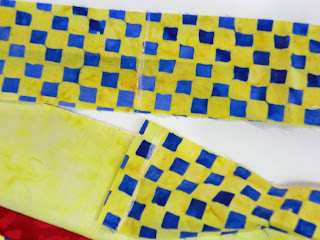 Opening up both strip ends, I make the chalk line stronger on both. 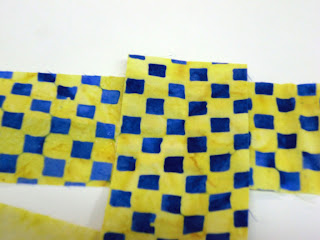 The strips are laid at right angles as before. . . 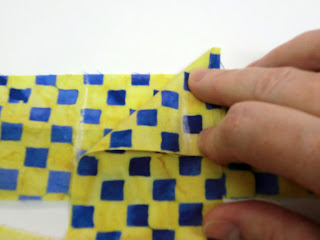 . . .lining up the chalk lines as shown. 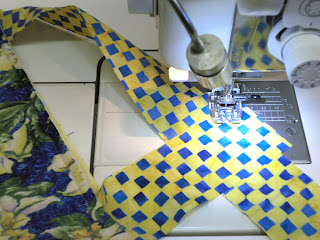 Sew on the diagonal, keeping the chalk lines in place.  Pin if necessary. 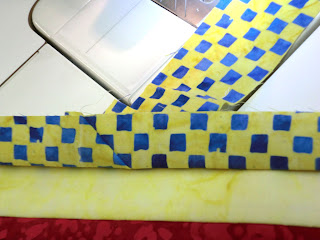 Pull the binding straight to make sure it lies flat on the table runner. 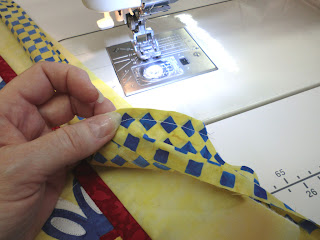 When satisfied that binding fits, trim seam allowance with scissors. 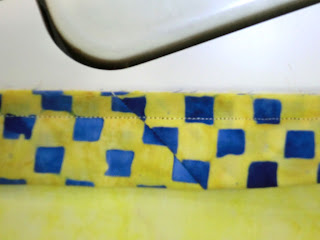 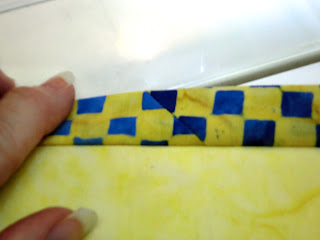 Here is the completed seam line.  It looks just like the joining strip seams.

Now no one can tell where the binding begins or ends.  If this all seems a bit confusing, please feel free to comment with a question and I will do my best to answer it.