Quilted Symphony gets quilted and borders. . .

The quilt center is pieced together and it's time to add borders and quilt it.  For this piece I wanted to add a flange between the quilt center and border.  I decided to quilt the center and then add the borders so that I would not have to fight with the flange while quilting.  I layered the quilt center giving an extra 5" all the way around for the batting and backing.  That would allow me to determine the outer border's size later. 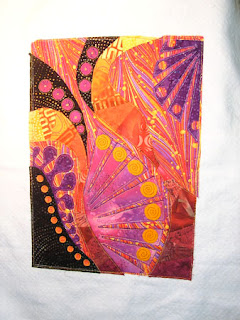 The quilt center was basted to the batting and backing.  I then quilted by outlining the segments' shapes.  As there was a lot going on with the fabric choices, I kept the quilting simple and limited. 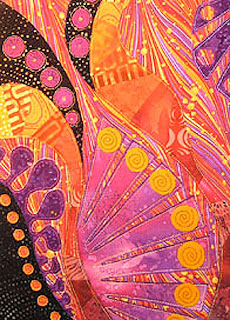 Once quilted, I selected a red batik for the flange.  The flange is a 1" strip folded in half and pressed wrong sides together.  I measured the sides, cut the flange to fit, and basted it to the sides 1/8 from the center's edge. 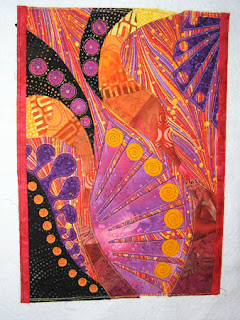 The top and bottom were then measured and the flange added as above. 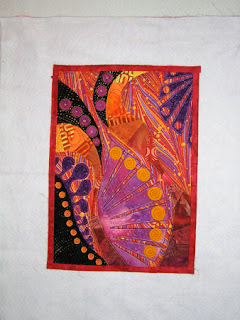 Due to the busyness of my quilt, I felt that the outer border needed to be made from more than a simple single fabric.  My choice was to strip-piece fabrics that I would then cut on the diagonal to create a diamond-pieced border. 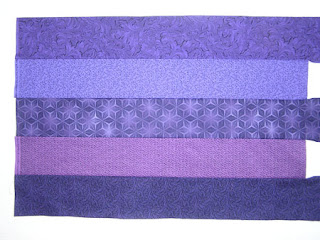 I began by stripping five 4 1/4" fabrics.  I pressed the seams open. 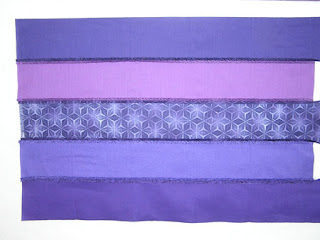 I then cut the strips at 3 1/4" on a 60 degree angle, centered the cut strip on the sides of the quilt center and sewed it to the quilt sewing through the three layers.  This seam now also becomes a quilted line as well. 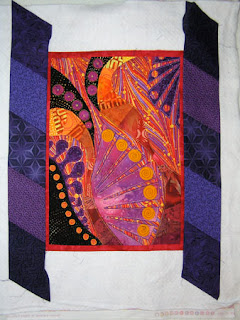 I then centered the cut strips to the top and bottom and sewed them. 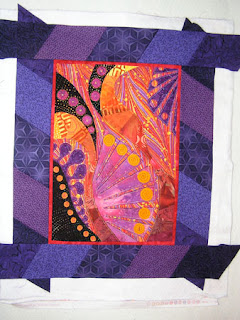 The border was then quilted.  I now squared and trimmed the excess of the layers. 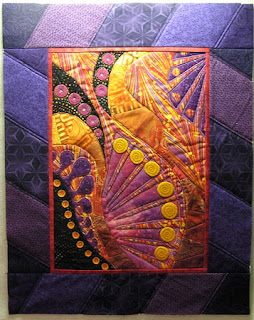 The binding needs to be added, but wait there's more to the story.  Keep checking in.